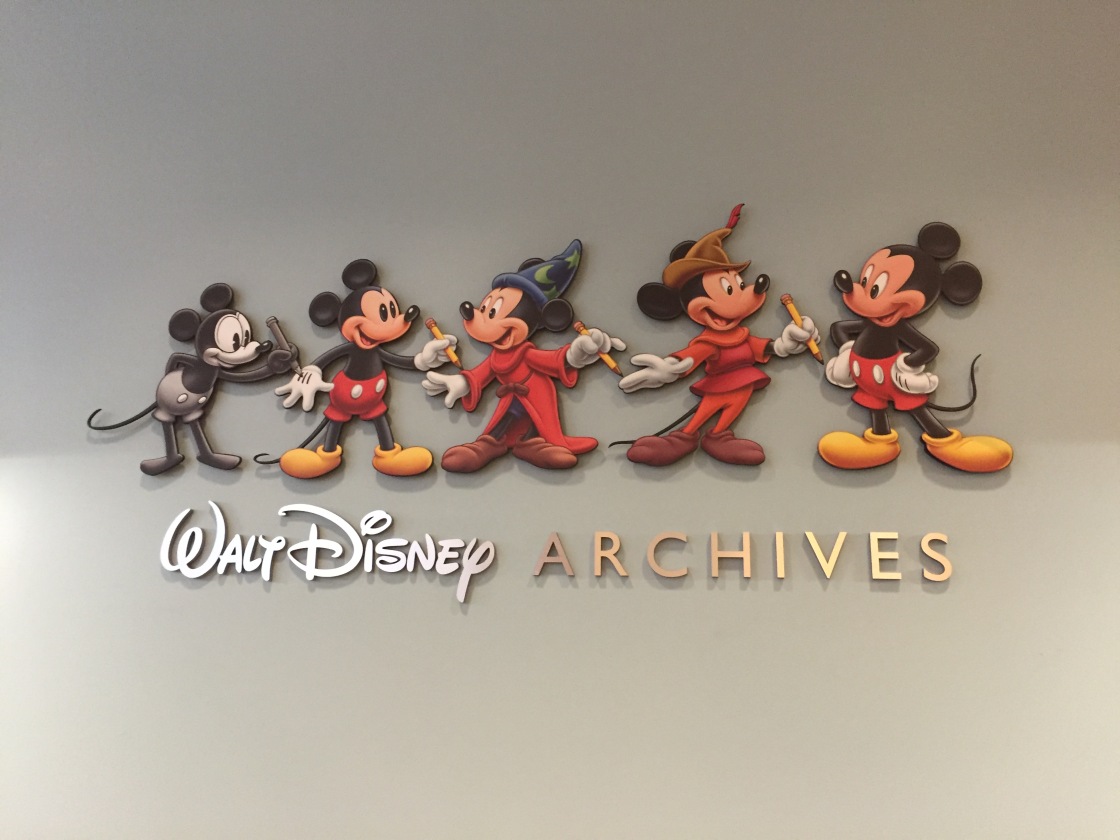 At the Walt Disney Company Archives with Dave Smith

For die-hard Disney fans any kind of ephemera is nice but the prime stuff has got to have a story behind it. For all you die-yards out there a big reason to take a tour of Walt Disney Studios in Burbank is the chance to peek inside the Archives.

The Archives are housed in a massive building and only a small room plays host to guests, but this room is crammed full of props, sketches, and personal effects that have played a role in Disney’s Magic. Busy Bumble and I got a chance to go inside on our tour and we got a big surprise: chief archivist Dave Smith himself!

For those who don’t know Dave, he writes the popular Ask Dave articles for Disney’s magazines and websites, as well as his own books. If you have a question about Disney Dave either knows the answer or knows how to get it. For our meet and greet Dave had pulled some choice artifacts for us to take a look at.

Now this isn’t from when the park opened to the public. This ticket is actually from the press preview.

There’s also an Opening Day ticket. So cute and tiny. The price on it is $1.00 and that was just to get in. Obviously you had to also purchase the famous ticket books for attractions (A, B, C, D, and the coveted E tickets).

The parking pass is actually the rarest item that the Archive has in terms of a mass-produced item. This is the only intact one in existence. Why? Because these first ones were like postage stamps: you had to lick the back and stick it to your vehicle. At the end of the day you’d scrape it off, destroying it. This particular permit was printed just for the Premiere, so it has added value in that respect.

These permits were phased out, obviously. It’s funny that this prized artifact is something seeming so mundane.

Dave also had some of the promo merchandise for the park’s opening. Walt’s idea was that if people could buy cheap but nice quality books showcasing the park they’d display them in their homes or shar them with friends, which would encourage others to visit. His suppliers did not want to see the books for cheap (Walt was thinking initially of $0.25!) but he assured them they’d make their money back in park attendance.

Because much of the park was incomplete when the booklets were sent to press they’re filled with concept illustrations and other images that never made it into reality.

One of Disney’s Oscars

Walt Disney holds the record for the most Academy Awards won by an individual. He’s won so much they can even let average folks like us play around with one without iron-clad security. The one Dave brought out was won for Best Documentary Short for one of the many True Life Adventure shorts. I held this guy and it is impressive. And heavy.

Dave mentioned that over the years he’s made friends with the janitorial staff since they always run interesting finds by him before throwing things out. Very recently before our tour they brought him something that turned out to be very valuable.

As Dave told it the staff didn’t know what this was or if it meant anything, but they had a gut feeling it was more than a studio memo. They’d been clearing out some old file cabinets and found this simple set of documents. Upon inspection Dave realized this was the final sale of Walt Disney’s stake in his company, which was done while he was on his deathbed.

Walt had been working at the studio when his cancer got the better of him. He was taken across the street to what is now St. Joseph Healthcare. His daughter Diane and her husband had been planning on making their home in Northern California and were looking at an old winery and vineyard owned by the founder of See’s Candies, but they didn’t have enough money to buy the place. Worried that when he died his family would need solvent cash, Walt sold his shares in the Walt Disney Company to help Diane buy her dream home and help his family have some immediate financial security when he died.

The certificate lists Mr. Disney as the seller and the number of shares in the transaction but not the amount it was worth. Dave said someone could probably do some research to find out the stock price on the day listed, do the math to convert the price for inflation, do some quick arithmetic and there would be a very large amount of money.

If you want to see what some of that money went toward you can visit the Silverado Winery in Napa, CA, which is still owned by the family although sadly Diane has passed away.

Before we left Dave revealed his newest book was published and for sale. Disney Facts Revealed is a fun read with lots of trivia and history you may not have known about the company. We bought a book from Dave himself and have his autograph as a memory of a great day on the lot.

We also got a chance to look around the guest room and take a look at what was on display. From books, to maquettes, to props this room was filled with exclamations of joy and recognition. 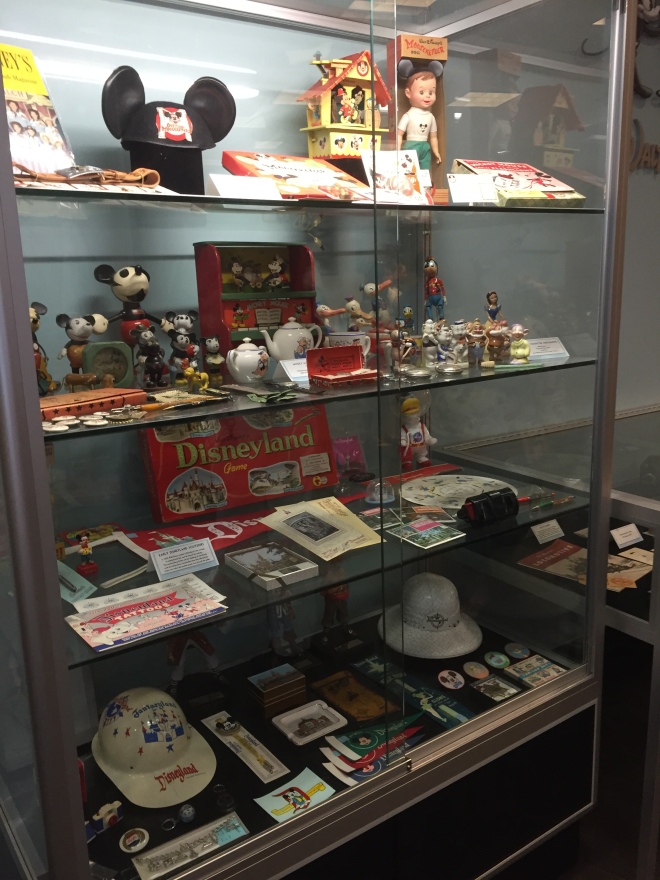 Outside in the lobby are some displays from Walt Disney Pictures more recent films. A fine display for Cinderella showed how selected artifacts are stored and the criteria for choosing items to save (artistic value, historic value, technological achievement, etc). Folks flocked to the Captain America: Civil War display which also had some other favorites from the Marvel films.

Also on display is one of Disney’s multiplane cameras. There are only a few left in existence. One is here in the Archives, but you can also see one in the Animation Building at California Adventure and one in the Walt Disney Family Museum in San Francisco.

There is another area of the studios that the Archives staff take care of, which I’ll detail in my next post: Walt Disney’s office.