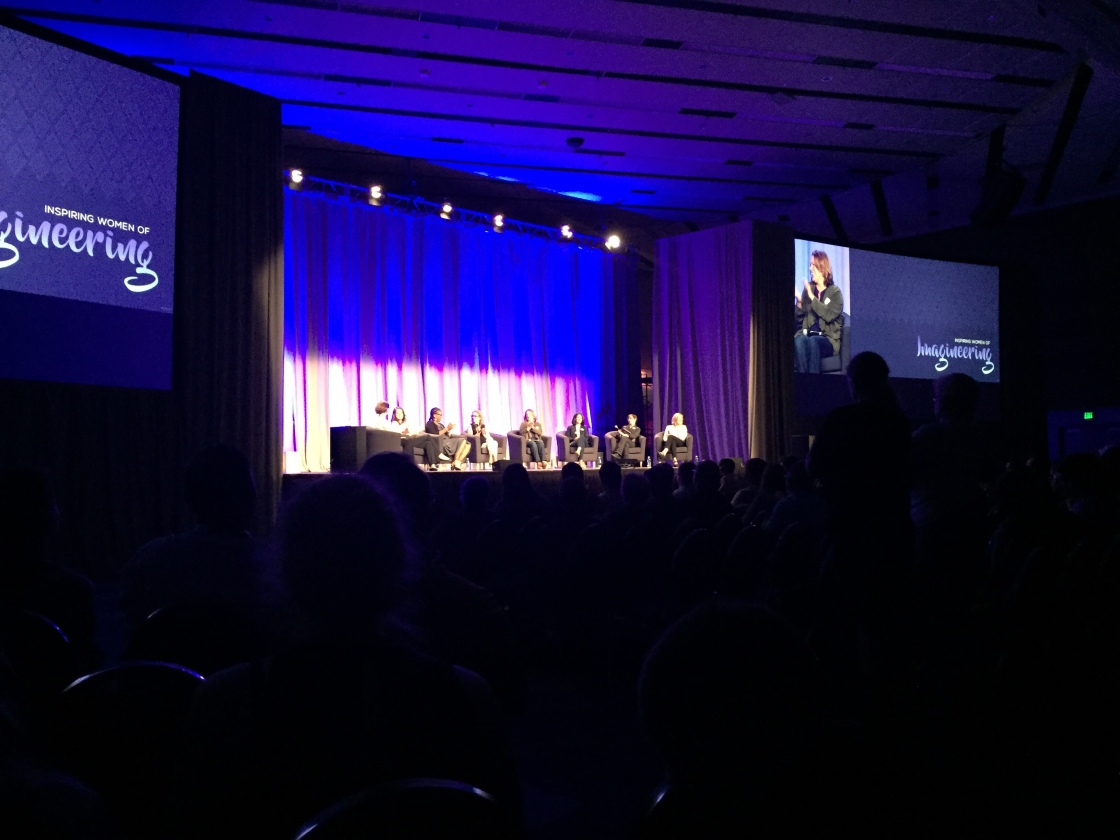 D23 Expo- Day 3: We Can Do It! Female Imagineers Take Up the Challenges of the Future

We started our day with a panel that would make up for missing out on the Theme Parks and Resorts presentation. A panel of select female Imagineers from various disciplines came to talk about the challenges they faced in what many perceive as a male field, how they’ve thrived as Imagineers, and what’s ahead for them and Walt Disney Imagineering.

The group was diverse with some having spent decades with Imagineering and others having just joined within the past few years. Not all of them came from a creative or engineering background. There are over 140 distinct disciplines within Imagineering and just about anyone could find a career there. Many of the Imagineers explained that how they’ve dealt with challenges and setbacks has been to learn anything and everything. Many of them expressed that a willingness to learn was the best skill to bring to the table as an Imagineer.

As I said not all of them came from a creative or technical background. Charita Carter, who is now an executive producer (basically the one who calls the final shots on projects), started as an accountant. The company she’d been working for had been located across the street from the Imagineering campus in Glendale. The company was moving and she couldn’t follow, so she decided to walk across the street with her resume to see if Imagineering could use an accountant. Lucky for her number crunchers are always needed. She started working on the books but decided to explore each division, asking around about what people’s jobs were and how it all fit together. Eventually her curiosity and intrepid tenacity won her a job offer as a project finance consultant, running numbers on specific projects at the behest of producers and other team members. As she got to know more about how individual projects worked she kept up that same spirit of discovery which saw he eventually being mentored towards being a producer. Now at the highest level she’s been since she joined she is overseeing the planning and execution of Galaxy’s Edge, the Star Wars theme park expansion.

Many of the older women touched on the inevitable work-life-family balance that any working wife-mother struggles with. They said that it was an individual journey but Disney was very supportive and their families were as well. Some of them talked about traveling or working and missing milestones, but that it was a struggle that wasn’t unique to Imagineering. They felt more comfortable knowing that the company understood if they held their ground on family and that their family understood if work took priority.

One great story that was brought up was Imagineering’s efforts to find a nurture female talent in Shanghai with the planning, construction, and operation of Shanghai Disneyland. They sought out young women who had attended art school or pursued creative training for a unique opportunity to intern alongside veteran Imagineers and eventually transition into a homegrown program they would one day run independently. In China the idea of going to art school is just about as frowned upon as in the States, but many of the young women they brought in are still with the program. A few left for various reasons (one listened to her parents and decided to enroll in business school), but with a high retention rate Imagineering hopes that not only will it establish a Shanghai branch to oversee park operations and innovations there but it will send a message to others in China that training in the arts and a creative career can be just as lucrative and successful as going to business school.

The entire panel was incredibly inspiring and a reminder that a woman can make it and succeed in a field traditionally dominated by men. These women are making big decisions, exhibiting strong leadership, but doing it on their terms.