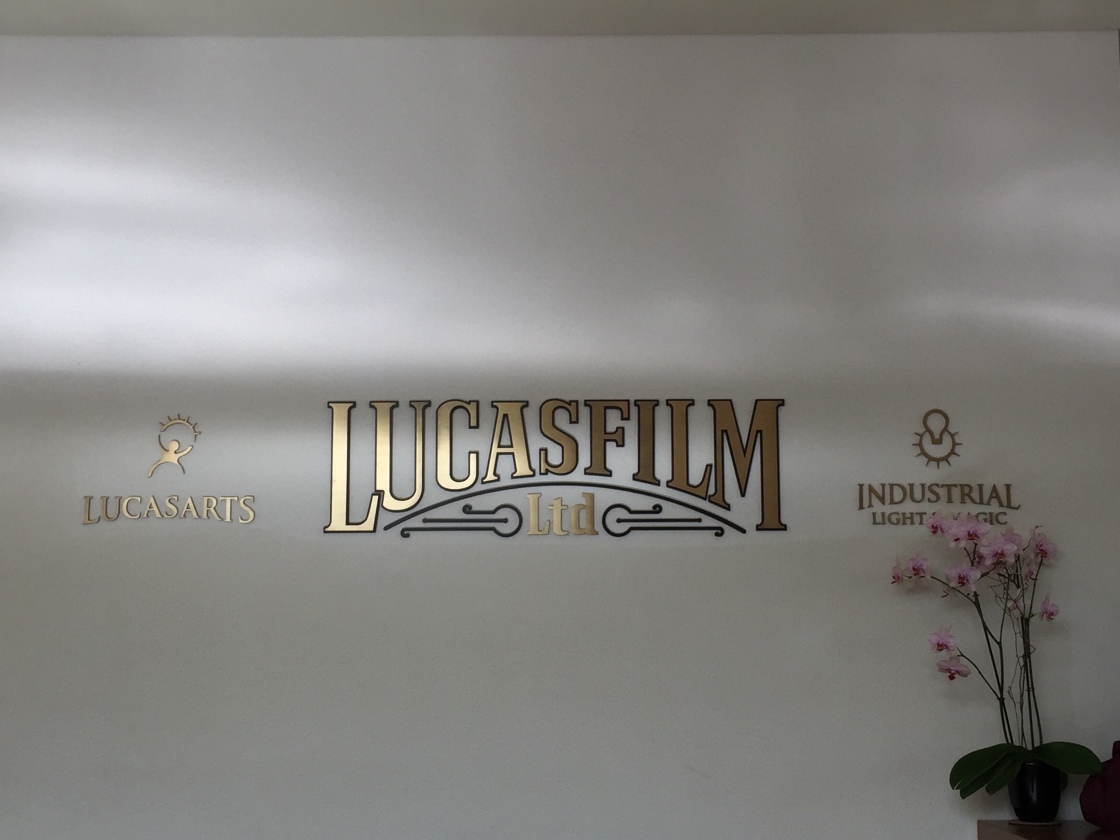 We Made It Inside the Fortress! A Peek Inside Lucasfilm’s Letterman Digital Arts Campus

Behind the Magic, Trips by Busy BeeFebruary 4, 2018

For many fans of Star Wars there is one place you can go to complete your pilgrimage: Lucasfilm headquarters. Once upon a time the home of LucasFilm was in Marin County, CA north of San Francisco, the famous Skywalker Ranch as well as a few other buildings away from that location. A number of years ago George Lucas moved the company to the specially built Letterman Digital Arts Center in the Presidio of San Francisco. Although many a fan has tried in the past to get into Skywalker Ranch for a tour or just to see where it all happens (the film Fanboys even centered around an attempt to get into Skywalker Ranch), some thought that the new San Francisco location might be different. With everything all in one place (except for sound design, which is still based out of Skywalker Ranch) surely you could finally rub shoulders with those who had made your childhood dreams reality?

Nope. Letterman Digital Arts is a private facility. No public, no fans. And to be honest I get it. I wouldn’t want to work on my projects with a constant influx of fans and the curious public. But I still want to take a look around.

We got our chance by way of the Walt Disney Family Museum and Pixar Animation. The Museum was hosting a Making of Inside Out chat with directors Pete Docter and Jonas Rivera that we were lucky enough to snag tickets to (it pays to be a Member). Originally the event was supposed to be in the Museum itself, but with more demand than they had space they looked for a new location to host the event. The Museum is located in the Presidio. I wonder who else is in the Presidio?

We were thrilled to see that the event had been moved to Lucasfilm’s screening room, giving us a brief glimpse inside one of the few places we’ve never been in that’s connected to Disney. It was off to the city! Now, where is the Lucasfilm Parking Garage they mentioned in the invite?

The Letterman Digital Arts Center is just inside the Lombard Gate on the Presidio’s eastern edge. We’ve passed by it many times but never actually stopped, even just to look around the outside. After parking in the very well hidden garage under the complex (seriously, I never knew there was parking there and I always wondered where people parked when they worked) we took an elevator up to the lobby entrance.

Although the Letterman Digital Arts Center is mostly a new building compared to the many historic structures in the Presidio (which is a National Park) the architecture blends in nicely. The exterior and interior design also connects back to the Arts and Crafts style architecture of Skywalker Ranch. The campus is made up of several close but separate buildings. Our destination was the screening room, in an annex connected to the main lobby.

We were only allowed access to the screening room and lobby (disappointed groan), but really there was no reason for members of the public to go roaming around the place on a Saturday. My first impression of the lobby was that it was smaller than I thought it would be; it’s roughly the size of someone’s living room. Next was that there was a lot of Star Wars stuff in there. The lobby really does feel like someone’s living room, filled with comfy chairs and knickknacks everywhere. Except these knick-knacks are pieces of Star Wars history.

Now, there were a fair amount of people with us and I couldn’t get shots of everything. I tried to take pictures of some of the most interesting stuff in the lobby. It’s long been known that George Lucas and the Lucasfilm team love seeing their work through homages, parodies, anything. The room looked like it was one part museum, one part fan collection. From statues and figurines to books and awards, there was a lot to see in there.

On a non-Star Wars note, there was a lot of art on the walls paying homage to the films that have influenced Lucasfilm. There are posters for silent movies, Westerns, Ray Harryhausen features, and more. It was a privileged glimpse into what those in the company love and most of all their love of film. I had old movie posters on my bedroom walls in high school and I felt a kinship with this company that we sometimes forget is made up of real people who are fans in their own right.

Another fun display that I didn’t get a chance to photograph was the promo display for Thor: Ragnarok. Industrial Light and Magic did the special effects for the film so it makes sense that they’d have a display near the lobby, just to remind employees to check out their finished work in theaters.

We weren’t allowed to take pictures inside the screening room, but it is a lovely wood panel screening room that fits around 100 people. A small stage in front of the screen was where Pete and Jonas were set up for their talk. We had a great time learning about how the film was made, how the Walt Disney Family Museum figures into the making of the film, and how much it has impacted the creators and fans alike. As a gift for making the trek out to see them, Pete and Jonas gave everyone an exclusive autographed print of the hockey rink seen at the end of the film, a nod to an anecdote they shared about creating a fictional film set in a real life San Francisco.

They worked with a logistics team to figure out how plot elements of the film could fit into the real San Francisco, like where would Riley live and go to school, where could she conceivably catch a bus out of town that she could easily find, etc. One thing they absolutely needed was a hockey/skating rink where Riley could pick up her favorite sport in her new hometown. The problem: San Francisco has no hockey rink. Sure they’ve got some skating rinks in the winter, but no hockey rink let alone a junior hockey league. The solution: just make one up. The audience would presumably understand that this was a fictional San Francisco in the end.

Now they needed a place to put the rink. If you’ve ever been to San Francisco you know that there really isn’t any space left to build. But Pete and Jonas had an idea they thought was sentimental and practical: put the rink in the Presidio. The practical reason was that they could show the iconic Golden Gate Bridge in the background and that many buildings in the Presidio had been gutted and repurposed for a variety of things, so why not a hockey rink? The sentimental reason was that they had begun planning and plotting the film at the Walt Disney Family Museum (the road behind the museum is coincidentally named Riley Road, which they took to be artistic serendipity) and this was a nod and wink to the museum for their support and contribution early on.

So we have a beautiful autographed print of the problematic hockey rink from the film.

We were so fortunate to get a chance to hear from Pete Docter and Jonas Rivera as well as see inside Lucasfilm. A huge thanks to the Disney Family Museum, Pixar Animation, and Lucasfilm for making this incredibly memorable day happen!